The land on which my husband Murray and I live has been in the family for over 150 years.  The farm is recognized and registered with the State of Illinois as a Centennial Farm.  In 1850, William Trigger and his wife, Mary Ann Trigger left England and came to the United States, where they settled in Peoria County. In 1857, they made their home on the property on Grange Hall Road.  Their son, Richard N. Trigger was born on the farm on Grange Hall Road on September 26, 1860.  On January 11, 1893, Richard Trigger married Edith Irene Douglass.  On May 27, 1896, their only surviving child, a daughter, Dorothy Viola Trigger was born. 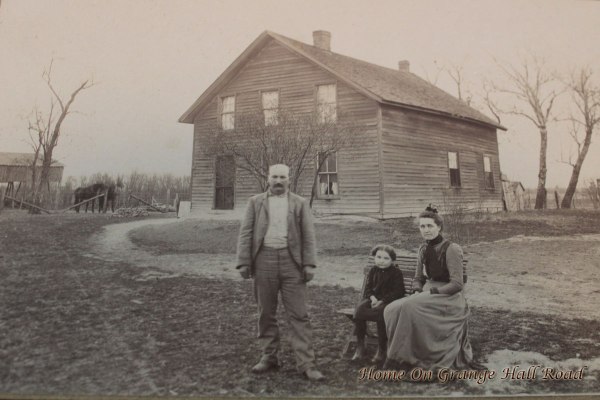 This picture is dated about 1902 with Richard & Edith Trigger and their daughter Dorothy, in front of their first home on Grange Hall Road. 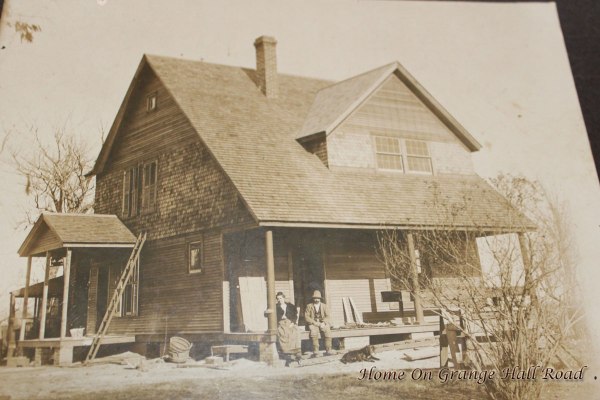 With the need for a bigger house, the Triggers began construction on a new home on Grange Hall Road around 1903. 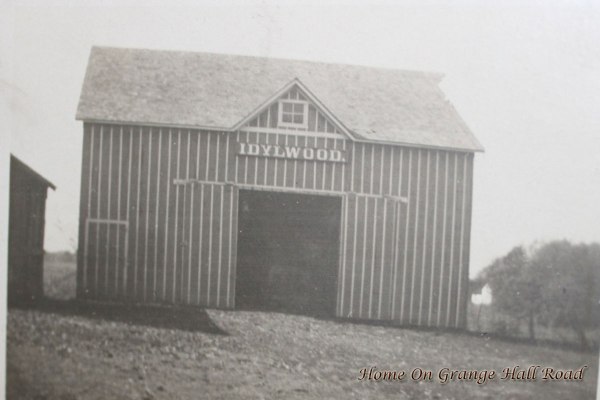 The barn with the name of the farm proudly displayed – Idylwood.

An aerial view of the farm taken in the early 1970’s.  The house on the left was built for Dorothy Trigger after her marriage to Waring Carver on June 17, 1914.  The Carvers were parents to four children, including Vera Marie Carver Campbell, Murray’s wonderful mother and my dear mother-in-law.  The big house is almost hidden by the trees that created a park-like setting.  Grandma Edith Trigger, Murray’s great-grandmother, lived on the farm until her 97th birthday.  I plan to do a blog on her amazing life very soon.  In July 1976, a tornado destroyed everything in this picture except the corn crib and bin in the top left of the picture.

This is our Home on Grange Hall Road today – Idylwood Farm.  Although it has changed dramatically over the past 150 years, one thing remains consistent – the farm continues to be owned, occupied and farmed by the direct descendants of William and Mary Ann Trigger.  Corn and soy beans have been the mainstay crops for many years.  However, heirloom flowers will soon be the abundant and flourishing crop on Idylwood Farm.  Please stay tuned as our new adventure unfolds.

Thanks so much for stopping by for a visit.