Ella and I did not do any baking this weekend.  Ten inches of heavy, wet snow with east winds gusting to 40 miles per hour altered a lot of plans this weekend.  By the time it quit snowing on Saturday evening and the wind continued throughout the night and into Sunday morning, it left a 2 – 3 foot drift of snow up against our garage door (which faces east and received the full force of the snow and wind for almost 24 hours).  And that drift was as hard as rock.  We were not getting any vehicles out of the garage for a while!  Add to that the 4 – 5 foot drift that was a bit further out from the garage door.

About 3:00 a.m. on Sunday morning, there were two trucks with plows working on the driveway.  They were able to remove most of the snow from the garage door and the approach.  But the driveway itself, which runs north to south, continued to drift in due to the sustained strong easterly winds. 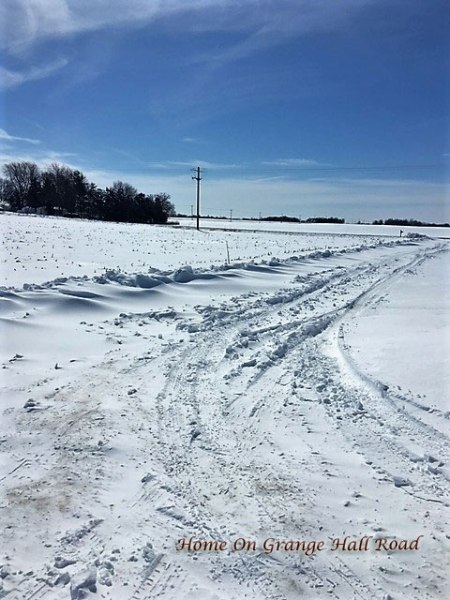 END_OF_DOCUMENT_TOKEN_TO_BE_REPLACED

Hello, friends.  It is hard to believe that we will be celebrating Christmas in two days.  Happy winter!  Where did the fall go?  And for that matter, what happened to summer and spring?  Time certainly seems to be passing by quickly.  I hope you had a joyful Thanksgiving and have everything in order for Christmas!!

My women’s study group at church has been reading and discussing a very thought-provoking and intriguing book, One Thousand Gifts:  A Dare to Live Fully Right Where You Are by Ann Voskamp.  This book has had an astounding impact on me.  I am intentionally making an effort to slow down, look around, see the beauty and give thanks for the many gifts that God has provided me.

END_OF_DOCUMENT_TOKEN_TO_BE_REPLACED

This winter has certainly been a doozie!  Lots of snow.  Below zero actual temperatures with dangerously cold wind chills.  Where is Spring????!!!!!!

Here are some snowy pictures of the farm. 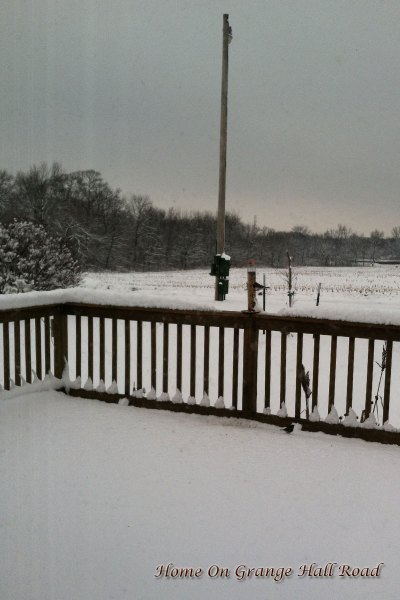